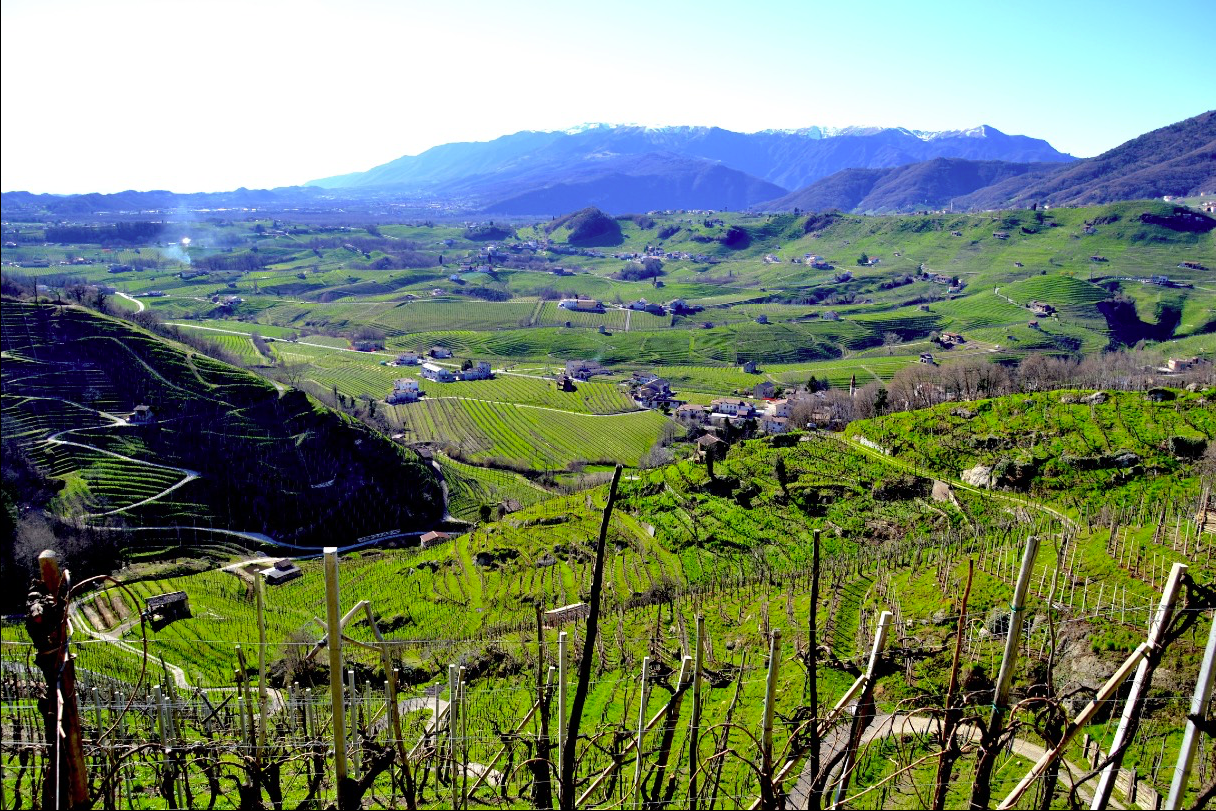 Cartizze. The DOCG zone of Prosecco Superiore is on a hilly strip of land beside the Piave river between the small towns of Conegliano and Valdobbiadene, that sits between the Dolomites and the Adriatic. Valdobbiadene is the heart of prosecco production with a concentration of hill slopes up to 500 metres, including the top prosecco, Cartizze. 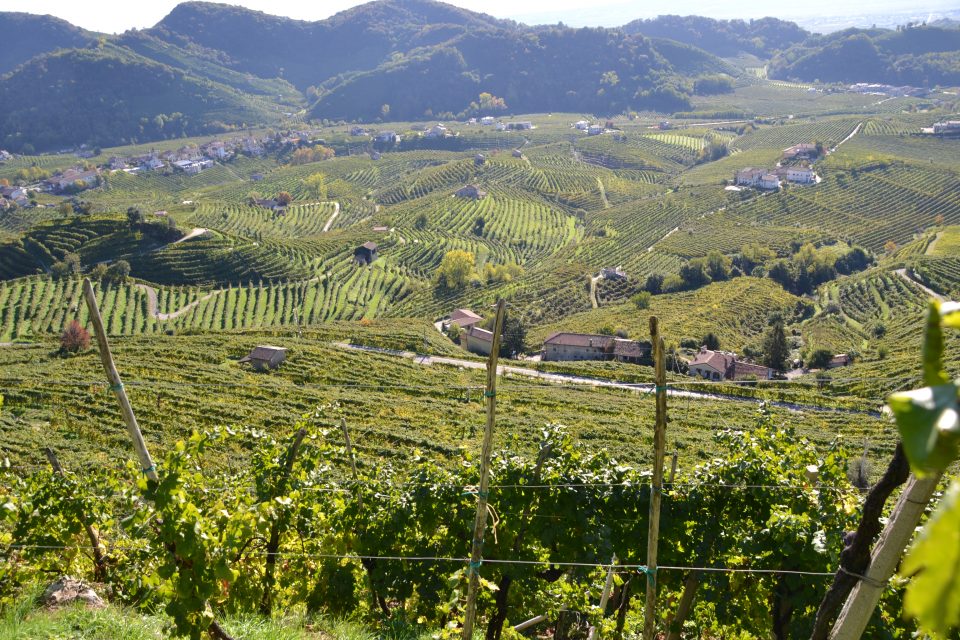 Cartizze is a jewel amidst the steepest hills around San Pietro di Barbozza, Santo Stefano and Saccol. The area supplies the best grapes in the Appellation. The hill of Cartizze is a 300 meters high vineyard of 107 hectares of vines, owned by 140 growers. The Prosecco from its grapes is widely considered to be of the highest quality or even the “Grand Cru“ of Prosecco.  A hectare of grape land was estimated to be worth in excess of one million US dollars in 2008. Its value was estimated to have increased to 1.5–2 million euros in 2015, the most for a vineyard in Italy. The sparkling wine produced here has recently been named by producers as Superiore di Cartizze, without mentioning Prosecco on the front label to further emphasize its territory.

According to a local legend, here the harvested is last as the vines grow on steep slopes and they are hard to reach. This led to discover that this extended ripening period improved the flavour.  In a blind tasting at the 2006 Vinitaly trade fair Cartizze ranked consistently behind “normal” Prosecco.